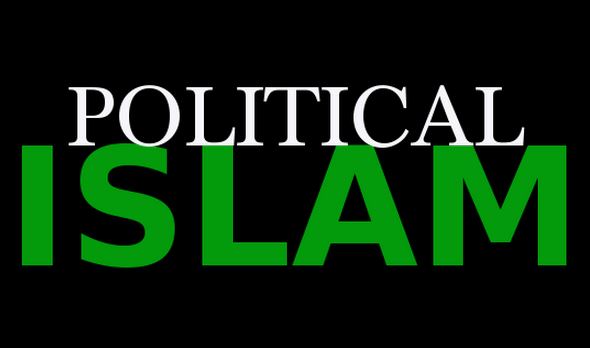 Islam, as a religion, is not toxic; it is light, it is enlightenment, it is guidance. Political Islam on the other hand is very, very toxic. We need to realize that, because it is at the core of modern Muslim civilizational catastrophe.

Islam is the only major religion in the United States of America where political and advocacy organizations eclipse its religious institutions (Mosques and congregations) in size, influence, financial strength, and representation of its American adherents. Muslim political organizations and advocacy groups exert an ominous and unhealthy influence over the American Muslim psychic. Since they dominate the American Muslim leadership matrix, and continue to be the chief architectural forces behind shaping the domestic American Muslim agenda and identity, successes are measured in political currency instead of moral value based upon scripture.

Political Islam and the well financed political islamic strategists and organizations in the United States, do more in my opinion, to victimize and demoralize Muslim Americans, than any of our domestic antagonists. Anti-Islamic sentiment may hurt our feelings and make some of us uncomfortable, even paranoid, in mixed company. However, the godless strategy that Muslim political leaders advocate in dealing with it hurts us where it really matters; at the core of our morality. Arguably, islamophobia can get in the way of our achieving the American dream, although for most Muslim Americans, the evidence would suggest the contrary. The political islamist, public relations solution to islamophobia, on the other hand, will without a doubt, get in the way of our practicing our faith correctly.

Orthodox islamic theology holds that Allah will not change the condition of a people unless they change within themselves. Somewhere, somehow, an islamic political strategist, perhaps blinded by his own brilliance, came up the idea that any problem that Muslims have in the west, has nothing to do with any potential moral deficiency or dysfunction on our part; our problems can all be squarely blamed on Islamophobia and the dreaded islamophobes.  Before we knew what hit us, this concept was packaged, financed and sold to the American Muslim public as doctrine. Thus, we now find ourselves fully engaged in the absurdity of defending Islam with greater passion than we practice it.  You can get more bodies to a protest march than you can get to the prayer line. Many American Muslims are reluctant to criticize, or even exercise any critical discernment or objectivity when it comes to the Islamic political organizations and their secular approaches to our moral challenges as a people of faith. We are capitulating to the tribal mentality that our group is always right, and impervious to error.

In American political Islam, the enemy is no longer the devil, the struggle is no longer against our nafs (lower self), and the goal is no longer salvation.  The enemy is islamophobia, the struggle is against any dissent or criticism, no matter how constructive, and the goal is to get them to like us, and stroke our ego, no matter what it costs. Whenever a prominent American says anything good or positive about Islam, islamic political advocacy and civil rights groups immediately urge that we inundate them with gratuitous letters and emails of thanks and praise.. In the bizarre world of modern political Islam, how our Lord views us is irrelevant; what matters most is how other Americans see us. Now here’s where it gets real funky folks. By declaring islamophobia, the number one threat to Islam and Muslims in the United States, we effectively bypass the central doctrines of self accountability, and moral fortitude; principles upon which our faith is founded.

Muslim Americans are notoriously divided over race, ethnicity, and a multiplicity of doctrinal minutia. African American, Muslims, a third of our demographic, are treated as third class citizens in our own country. The absence of Muslim unity and cooperation across racial and ethnic lines remain at the top of the list of our internal grievances. Prioritization of anti-Muslim bias as a premiere issue over Muslim intra-religious hostility and sectarianism, and over moral self-cleansing, transposes the divine contractual assignment of Islamic law. It creates a reverse moral assumptive whereas intra-religious sectarianism, and islamic political extremism is an acceptable paradigm while anti Muslim bias is not. The latter is declared intolerable to the degree of public protest, indignant response, and central billing in Friday sermons, while the former warrants no such attention, although it ranks amongst the categories of major sins in Islam. Patience, forgiveness and stoicism in the face of verbal invective are virtues in Islam, yet we seem to discourage these, while sectarianism, disunity and obsession with status, are cardinal sins according to our faith, yet we hardly address these issues domestically.

Abrogating the Islamic rule of self accountability by hiding behind islamophobia, completely lacks merit according to any moral standard of Islam. Someone else’s fear of Islam has nothing to do with our ability to practice it. In fact, Islam pre-empts anti-Islamic sentiment by exhorting the Muslim to not concern himself with it, and to leave it in the hands of God The Almighty.  Thus from the very outset, political Islam, and the misguided approach to diagnosing and addressing anti-Islamic sentiment, by attempting to manipulate a sanitized, angelic image of Muslim Americans, while refusing to even acknowledge our own ills, is doomed to fail.  Islam may be a perfect religion, but that does not mean we are perfect people. Muslims are human beings with human shortcomings. Islam is a path, not a destination. The sooner we wake up and take an intrepid and honest look at ourselves, the better.

One of the distressing consequences of politics dictating morality is that Muslim Americans are raising a whole new generation of youth who may find it difficult to distinguish between Islam as a faith of which politics is a branch, and Islam as a political ideology of which morality and moral fortitude are mere afterthoughts. Lastly, I find it incredulous that many of us are in an uproar over pushback against a one-hundred million dollar Masjid (Mosque) a stone’s throw away from ground zero when most mosques frequented by indigenous American Muslims are little more than converted houses and storefronts, many in dire need of repair. Subhaanallah![1] How about that for an irony!

American born Luqman Ahmad is a Sunni Muslim, the son of converts to Islam. He is a Philadelphia native, a writer, founder of Mosque Without Borders, the creator of the new intra-religious dicipline of: “American Muslim Civilizational Dysfunction”, That pints to areas where American Muslim rhetoric fails to keep up with our reality. Currently he delivers the Friday sermon (khutba) at the Islamic Society of Folsom in Folsom California. He is a former executive committee member of the North America Imams Federation, a founding member of COSVIO, (the Council of Sacramento Valley Islamic Organizations), and the author of the new book “Double Edged Slavery“, a critical and authoritative look at the condition of African American and convert Muslims in the United States. He also authored, “The Devils Deception of the Modern day Salafiyyah Sect”, a detailed look at modern-day extremist salafiyyism, the ideology which in part formed the mindset of ISIS. He blogs at, imamluqman.wordpress.com, and can be reached at imamabulaith@yahoo.com.