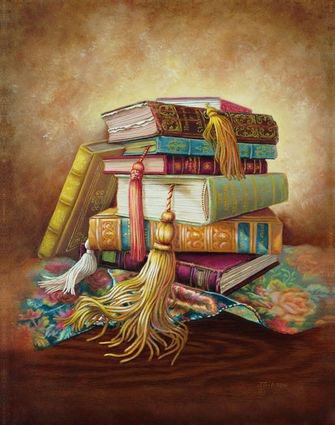 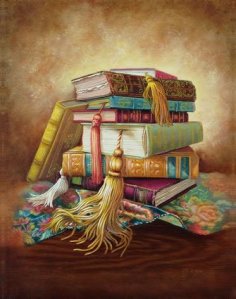 He was one of the great Imaams of jurisprudence. He was a pious, ascetic, truthful scholar who abstained from unlawful acts. He was also sincere, humble, forbearing, and kind-hearted when dealing with people.

He had strong faith in Allaah and was fearful of Him all the time. He used to frequently recite the Quran. As well as this, he was very generous and used to spend most of his money in charity especially to support scholars, students of knowledge, and poor Muslims.

He is the Imaam, the Haafith (a title given to whoever memorizes 100,000 Hadeeths), the shaykh of Islam, the jurist and scholar of Egypt. His full name is Al-Laith Ibn Sa’d Ibn `Abdur-Rahmaan Al-Fahmi.

He was born in Sh`abaan 94 A.H., 713 A.C. in Qarqashandah, a village twenty-two kilometers from Fustaat, Egypt. His origin goes back to Esfehan, Persia (nowadays Iran).

In his early years, he started to learn religious knowledge. He was a student of some of the greatest scholars of his time, such as `Ubaydullaah Ibn Ja’far, Ja’far Ibn Rabee`ah, Al-Haarith Ibn Yazeed, and Yazeed Ibn Abi Habeeb. Since he was young, his teachers testified to his excellence, genius, and sharpness of mind.

Al-Laith had high aspirations to learn. For him, learning in Egypt alone was not sufficient. In 113, A.H., he decided to travel to Hijaaz to perform Hajj and seek knowledge. He was twenty years old at that time.

In Makkah and Al-Madeenah, which were considered the most outstanding sources of religious knowledge in the Muslim World, Al-Laith started to learn from a unique group of scholars of jurisprudence and Hadeeth. Ibn Shihaab Az-Zuhari was known as the most knowledgeable haafith and one of the first scholars to write down the Hadeeths of the Prophet , and he was one of Al-Laith’s teachers. Al-Laith also received religious knowledge from `Ataa’ Ibn Abi Rabaah who was the Mufti and Jurist of Makkah, Ibn Abi Maleekah, Naafi`  Ad-Daylami who was the freed slave of the revered companion `Abdullaah Ibn `Umar Ibn Al-Khattaab, Sa`eed Ibn Sa`eed Al-Maqbari, Abu Az-Zubayr Al-Makki, and many others.

He remained fond of knowledge and had an unmitigated desire to actively and studiously attend classes even when he reached the rank of the great scholars. When he went to Baghdad in 161 A.H. in order to teach, though he was over sixty five years old, he asked about the house of the great scholar Hushaym Ibn Basheer who was the master of Hadeeth scholars in Iraq. Al-Laith asked Hushaym to send him some of his books to study them. When Hushaym did, Imaam Al-Laith started to read through their valuable and priceless information.

After spending long years acquiring knowledge, Imaam Al-Laith was prominent among his contemporary scholars as a genius jurist and a most trustworthy narrator of Prophetic Hadeeths. He started a class in his mosque to teach people. A short period later, he became very famous and students from everywhere came to learn from him. Thus he ended up having four sessions every day:

–         A session for discussing the practices of the Sultan of Egypt. Imaam Al-Laith Ibn Sa’d attained a high rank and  prestigious standing in the sight of the `Abbasid Caliphs to the extent that if the Sultan or the Judge of Egypt committed any wrong, Al-Laith would write to the Emir of the Believers who, in turn, would depose them.

–         A class for teaching the noble Prophetic Hadeeths

–         A session for fulfilling the requests of the poor and the needy. The Imaam,  may Allaah have mercy on him, never turned down any request for help.

The Imaam’s rank and his knowledge

He was one of the most prominent jurists of his time. He was well-known among people everywhere. The caliphs and Emirs came to know him and scholars praised him and testified to his profound knowledge, abilities of memorization, and mastery of religious affairs.

“Al-Laith Ibn Sa’d is our master, Imaam and scholar.”

“Al-Laith had profound knowledge and his narration of Hadeeths is authentic.”

“Al-Laith is more knowledgeable than Maalik.”

He means Maalik Ibn Anas, the Imaam of the people of Al-Madeenah.

Al-Laith as a ruler

The character of the Imaam

Imaam Al-Laith Ibn Sa’d was an authentic narrator of Prophetic Hadeeths and a talented jurist. He was known for his piety, asceticism, and generosity. The Imaam was one of the wealthy scholars. His son Shu’ayb said that his annual income was between twenty and twenty five thousand Deenaars (golden coins). He used to spend all this money in the cause of Allaah. He was never liable to pay Zakaah, simply because he would spend all his money before the year had passed.

Imaam Al-Laith used to give out charity to three hundred needy people every day. He never ate his food except in the company of people.

One day, a woman came to him and said: “O Abu Al-Haarith! My son is sick and he craves to eat honey.”

Al-Laith called his servant and said:

“Give her one hundred and twenty pounds of honey.”

When the books of Ibn Luhay`ah, a great jurist and narrator of Prophetic Hadeeths, were burnt, Imaam Al-Laith immediately sent one thousand Deenaars to him.

Imaam Al-Laith Ibn Sa’d died on Friday, the fifteenth of Sh`abaan 175 A.H., 791 A.C. He was buried in Cairo and his funeral was attended by a large number of people. The people were very sad and consoled one another.

AVAILABLE FROM LOTUS TREE PUBLICATIONS, THIS BOOK IS A DETAILED ANALYSIS OF THE MODERN DAY SALAFIYYAH SECT IN THE UNITED STATES: THEIR BELIEFS, PRACTICES AND INFLUENCES UPON THE RELIGIOUS LANDSCAPE OF MUSLIM AMERICA, AND IN PARTICULAR, THE INDIGENOUS AMERICAN MUSLIM POPULATION. “A DETAILED AND INFORMATIVE READ!” Price: $20