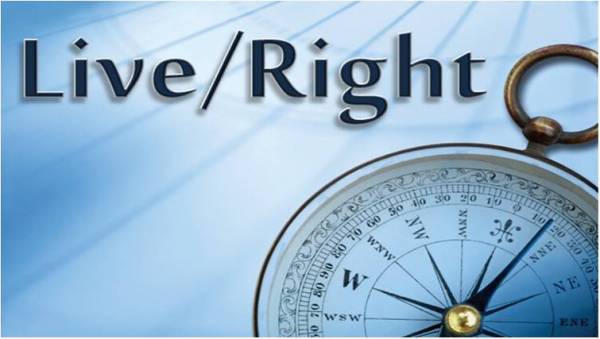 Growing up in Philadelphia, my father, Sheikh Abdul-Karim Ahmad had a lot of books in the house, mostly about Islam. We had a lot of children’s books about Islam as well that my parents used to teach us or have us read as lessons. The first so called adult book of hadith that I actually read with seriousness is one that I took from my father’s library and adopted as my own, called “Mish’kaat al-Masaabih” (A Niche of Lamps). This was the first recollection that I have of actually reading hadith of the Prophet (SAWS). I was about 11 or 12 years old at the time. Back then I had no idea about hadith terminology and didn’t know what was meant by good (hasan), sound (sahih), or weak (da’eef), and I was totally oblivious about the meaning of the term “agreed upon” (muttafiqun alaihi[1]) which would appear at the end of many ahaadeeth in Mishkaat al-Masaabeeh.

The truth of the matter is that at the time, I wasn’t really interested in what those terms meant. I just liked reading the hadiths of the Prophet (SAWS). Many of them I didn’t fully understand and I would occasionally ask my father about this or that, but mostly I just kept on reading as there were many that I understood well on face value. The copy of the Mishkaat in our house that I read from was in Arabic with the English translation right under it. I didn’t know Arabic at the time so of course I read the hadith in English but there was something fascinating to me about reading hadith of the Prophet; a love and a fascination that has not left me even until today, more than forty years later.   The light of Muhammad Rasoolillaah (SAWS) is a light that never dims, and it is a knowledge that never goes out of relevance, and it is a hidaaya (guidance) that never wanes.

It wasn’t until I became an adult that I came to appreciate the value of this book that I “borrowed” from my father’s library and made a home for it on my nightstand. What is so outstanding is how I, in my Philadelphia bedroom as a child, was benefiting from the work done by a scholar centuries earlier and how the sacred knowledge of prophetic tradition has been so carefully preserved, generation after generation until this very day.

Collecting prophetic tradition is one of the most prestigious and loftiest of scholarly pursuits, and the scholars of hadith (al-Muhaddithoon) are counted among the intellectual elite of our Ummah.  The assembly of illustrious personages by whom Allah has preserved prophetic tradition amounts to no less than a miracle. The sunna of the Prophet (SAWS) is an indispensable tool in understanding our great religion. Their faith, their love for Allah and His Messenger, and their dedication to the detailed and painstaking task of naql (transmission), dabt (accuracy), and bayaan (clarity) with respect to Prophetic tradition is the fuel that energized them to collect and preserve the sunna of the our beloved Prophet Mustapha (SAWS). Imam al-Hakim [died 403 A.H.] who was considered one of the Imams of the Muhadditheen, and the Imam of the Muhadditheen of Khursaan who authored many important works, started writing his most famous work; “al-Mustadrik alaa Saheehain” when he was 72 years old.

The scholars and preservers (huffaadh) of tradition employed various methods of chronicle in collecting [la1] and recording ahaadeeth of the Prophet (SAWS). Some of them would record authentic (sahih) hadith exclusively and place them in one collection such as Imam Bukhaari and Imam Muslim in the two sahihs (as-Sahihain).  Some of them would compile hadith according to the companion that narrated it. Such compilations are called ‘musnad’ as in the Musnads [musaaneed] of Imam Ahmad, Abu Ya’la, al-Bazzar and others, and there were others who gathered hadith and recorded them in a book according to the subjects of fiqh (sacred law), such as the Muwatta of Imam Malik and al-Bayhaqi’s as-Sunan al-Kubrah. Some scholars compiled books of hadith on a particular topic such as Abdullah ibn al-Mubaarik [died 181 A.H.]  in “az-Zuhd” (asceticism), and  Ibn abi Dunya in “Adab ad-Dunya wa Deen”.

Which all brings me back to the book of my childhood; “Mishkaat al-Masaabih” by Shaykh Waliyuddeen Abu Abdullah Muhammad ibn Abdullah al-Khateeb at-Tabrizi {died 741 A.H.], is a highly valued book containing ahaadeeth of the Prophet (SAWS) that has been read, taught and prized as a premier collection of prophetic tradition by countless Muslims. It is considered by scholars past and present to be a bona-fide compendium of the sunna. The basis of “Mishkaat al-Masaabih” is taken from the book; “Masaabih as-Sunna” which was a collection of about 4434 ahaadeeth written by the famous Shaafi’ee scholar and jurist Imam Abu Muhammad al-Husayn ibn Mas’ud ibn Muhammad al-Farra’ al-Baghawi who died in the Hijra year of 516. It was a valued work, and contained ahaadeeth from the six major collections of hadith; Bukhaari, Muslim, Abu Dawood, Ibn Majah, at-Tirmithi and an-Nisaa’i, as well as ahaadith[2] from the Musnad of Imam Ahmad, the Sunan of ad-Darimi, and ahaadeeth from Shu’b al-Eemaan (Branches of Faith) by al-Bayhaqi [died 458 A.H.]. I remember as a child, not knowing anything about him, how the name al-Bayhaqi resonated with me, and how I thought it was an interesting name of an important person. However, in “Masaabeeh as-Sunna”, Imam al-Baghawi did not mention the isnad of any of the hadiths he recorded nor did he mention the name of the narrator.

According to prophetic tradition, one of the signs that Allah loves a person is that he gains acceptance in the earth by the righteous of the ummah[3], Imam al-Baghawi’s “Masaabeeh as-Sunna” received great acceptance from the scholars of his time and hence forward. They regarded it as an important work, and wrote appendages for it, abridgements of it, and commentaries on it.

Of all the commentaries, abridgements, and literary works produced from “Masaabeeh as-Sunna”, the most famous and most enduring is the “Mishkaat al-Masaabeeh” written by Imam al-Tabrizi. Al-Tibrizi took “Masaabeeh as-Sunna” to a whole different level. He added 1511 ahaadeeth to the ones already contained in “Masaabih as-Sunna”, he added the isnad to the individual ahaadeeth which were omitted from al-Baghawi’s Masaabeeh as-Sunna, he added the names of the companions of the Prophet (SAWS) who reported the hadith and he added a notation to each hadith of the collection from whence the hadith was collected. The process of attributing unattributed hadith to their respective collection; Bukhaari, Muslim, Abu Dawood and so forth is called “takhreej”.  He also expanded and organized the book into 29 chapters. Imam Tabrizi finished this task during Ramadan in the year 737 of the Hijra calandar.

Thus years later when I opened the box which contained the full set of Miqaat al-Mafaateeh, it was as if a childhood friend had returned to me, albeit all grown up, seasoned and mature, to befriend me once more, and be my companion. By Allah! I am fortunate to have this book in my library. It is the most recent addition to my humble family of books, which have kept me company and been my constant companions for the entirety of my adult life. I have ardent love for Rasoolillah, and love for those who narrated about him, clarified his words and preserved his sunna by Allah’s permission. I only ask that Allah sub’haanahu wa ta’ala elevate the scholars of hadith, and reward them for preserving the sacred inheritance left behind by the Prophet (SAWS) and for being the vehicles by Allah’s divine decree by which we  are delivered the message of our beloved Rasoolillaah (SAWS).

[1] Meaning a hadith to which both Imam Bukhaarri, and Imam Muslim agree to its authenticity and appears in their collections respectively.

[3] In the hadith of Abu Hurraira, the Prophet said, (Verily, whenever Allah loves a servant of His, He calls Jibril and says, “O Jibril, verily I love so-and-so, so love him.” Thus, Jibril will love him. Then, he (Jibril) will call out to the dwellers of the heavens, “Verily, Allah loves so-and-so, so you too must love him.” Then the dwellers of the heavens love him and he will be given acceptance in the earth. [Collected by Imam Ahmad in the Musnad]