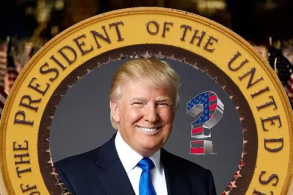 Now that Donald Trump has won the election. Some of us are of the opinion that it will not make a big difference either way for Muslims in the long run.  What Muslims themselves do, will have a greater impact on our lives than what president elect Trump says that he might do. Now that the election is over Mr. Trump has already started to back-pedal on some of his campaign rhetoric. Still, there are some people in the American Muslim community who are alarmed, and fearful, and who will try to project that fear onto other Muslims. Some National Islamic organizations are trying to convince the country that all Muslims in America are writhing in a state of fear as a result of the Trump victory. However, nothing could be farther from the truth. All American Muslims are not afraid of a Trump presidency, nor should they be.

I’m suspect that some national Muslim political and advocacy organizations will use such fear; fear that they helped to create and spread, to raise money, and I’m sure that there will be a phalanx of Muslim scholars from overseas, acting with the air of colonial authority, who will weigh in and tell us how we as Muslims in America should react to our new president. It is also likely that national Muslim American political and advocacy organizations  will seek to make alliances with the Trump administration characterizing themselves as representing the entire American Muslim community while at the same time, disavowing themselves from alignment with African Americans. I’m not saying that such overtures will happen, but it is likely to happen based upon our past history and the modern political trends within the American Muslim community.

These groups like most Muslim political organizations tend to follow the political winds and make decisions based upon their organizational self-interests, which I can understand. They are not likely to want to be on the bad side of a Trump administration. There may be another segment of the American Muslim community who, if Trump makes good on his promises regarding halting immigration from selected Muslim countries, [which I doubt will happen], immigrant Muslims will look to the African American Muslim community to become allies for their cause. Such scenarios are possible but we’ll have to wait and see.

African Americans as a group, are not afraid of a Trump presidency. Angry? Perhaps for some. Disappointed?  Maybe for many. Shocked? Slightly, but not all of us are in shock because we’ve seen and experienced a lot in this country. Afraid? I’d doubt it. African American Muslims and non-Muslims have been through much more than a Donald Trump. We’ve been through lynchings, Jim Crow, police brutality, and abject slavery, a Donald Trump presidency does not make us shiver in our boots.

Realistically, a Donald J. Trump presidency is not likely to affect whether or not we as Muslims will go to heaven or whether or not we can pray our five prayers, pay zakat, fast the month of Ramadan or make the Pilgrimage to Mecca. If an American Muslim wants to practice his or her faith and exercise their moral conscious, it doesn’t seem that a Trump administration will get in the way of that.  Being Muslim, being American if that’s your goal,  then realizing such opportunity can be achieved regardless of who’s sitting in the White House. So in this sense, a Trump presidency is not a threat to Muslims, and the hyperbolized sense of alarm and impending disaster or over-blown in my opinion. It’s really a smokescreen because worrying about Trump diverts attention away from State, regional and local politics, where every-day issues such as local ordinances, local crime and community well-being, school boards, property taxes and community issues are decided.

We’ve seen over the past 8 years that an Obama presidency did not change the condition overall of Black Americans for the better, and it is unlikely that a Trump presidency will change the condition of Black Americans for the worse in any appreciable way. The condition of a people does not change until they themselves change. As far as bread and butter issues, a Trump Presidency will not have much of an initial financial effect on the Muslim immigrant community because by and large better educated, have more stable families, more upwardly mobile and are much more financially secure than their African American Muslims counterparts. As far as the refugees from Syria and elsewhere, as long as they are refugees, they will continue to receive tremendous amounts of economic, subsistence, and institutional support. Refugees are automatic wards of the state and come with certain guaranteed provisions, and by the way, al-humdu lillaah for that.

As far as social programs, it is unlikely that Trump will make any drastic changes in that area because a large portion of the constituency that elected him, benefit from such programs. Many of the poor white voters, including veterans, that helped him get elected, get food stamps, welfare, and depend on social programs. also, I suspect that Donald J. Trump, at the end of the day, may prove to be more compassionate of a president than people think he will be.

For African American Muslims,a Trump presidency offers no threat of deportation and most of our families are already here in the United states; they’ve been here for 400 plus years. So that means that we are still faced with the same problems and conditions that we had before the election and there is no need jump to conclusions about a Trump presidency. However, we still need to, like other Muslim communities, move forward.  This is why we must at this very juncture, resist the colonial state of indigenous American Muslims under the larger immigrant community. It is not wise for indigenous American Muslims and converts to tie their futures and their well-being to the greater Muslim community because there are in fact; two Muslim Americas, their priorities, their condition, and their trajectories are not the same.

If we are to thrive as a faith community, especially indigenous American Muslims and converts who are in state of turmoil, we need to depend on Allah Only, and break the foreign, ideological control of our thinking, our politics, our way of developing our religious communities and even our relationship with our own country. We need to think as free and independent Muslim Americans who are people of faith first and not anyone else’s marginalized political pawn, part of anyone else’s, or any outside group’s agenda. This is why my just released book “Double Edged Slavery” is so relevant and a must read!

In the meantime, we don’t know for sure whether a Trump presidency in the long run will be better or worse for Muslims in America, but at least the man is up front about his views. Let’s not speculate too much in the negative. Much of his campaign rhetoric that worried Muslims will be difficult to implement in real time. We elected a president; not a king. Let’s wait first and see what he does. As of this writing, he hasn’t even formed a cabinet, so all of this frenzied talk about Muslims being afraid for their lives is pre-mature and does not reflect the sentiments of many, if not most Muslims. Time will tell, but I don’t believe that it will be as bad as many of us have imagined.  I urge you to read my book though because one thing for sure, indigenous American Muslims, need to free ourselves from colonial control by foreign based interests.

I clearly remember when the Reverend Dr. Martin Luther King was assassinated. I was a fourth grader at Francis D. Pastorious Elementary School in Philadelphia, Pennsylvania. We were all instructed to go outside, stand in full assembly and sing; ‘we shall overcome’. The second chorus was; ‘we are not afraid’. I wasn’t afraid then, and I sure as heck, aren’t going to start being afraid now. As far as the verdict on president elect Donald J. Trump, I say give the man a chance, but tie your camel. Tie your own camel and not someone else’s camel.

Note: Six’s months after Trump has been in office, I am disappointed (but not surprised)  and feel he has lowered the standard of the presidency. I also believe that he’s opened the door for more public bigotry against racial and religious minorities in the United States, including Muslims.

American born Luqman Ahmad is a Sunni Muslim, the son of converts to Islam. He is a writer, consultant, and until recently, has been the Imam of a Northern California mosque for twenty years. Currently he delivers the Friday sermon (khutba) at the Islamic Society of Folsom in Folsom California. He is a former executive committee member of the North America Imams Federation, a founding member of COSVIO, (the Council of Sacramento Valley Islamic Organizations), and the author of the new book “Double Edged Slavery“, a critical and authoritative look at the condition of African American and convert Muslims in the United States. He also authored, “The Devils Deception of the Modern day Salafiyyah Sect”, a detailed look at modern-day extremist salafiyyism, the ideology which in part formed the mindset of ISIS. He blogs at, imamluqman.wordpress.com, and can be reached at imamabulaith@yahoo.com.