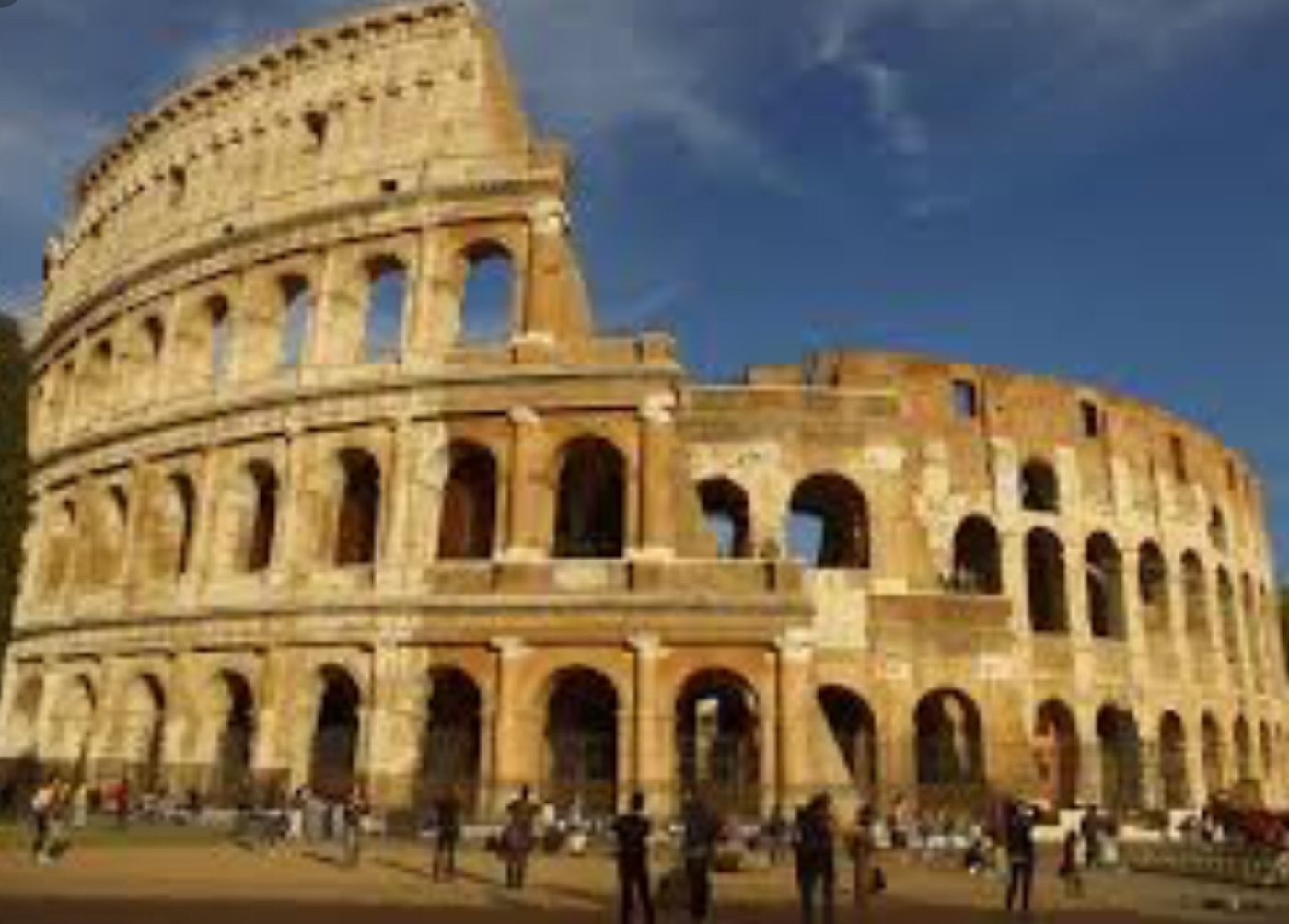 A Day at the Collisium

Many Muslims in the United States are not connected in any way to actual Muslim communities except though online and social media. For some, online is the only actual contact they have with anther Muslim. For the vast majority of Black American and convert Muslims in the United States, much of our Islam as a community is not practiced in real time, it is only observed, debated and opined about on Social media. This is what I call spectator Islam. It’s the endless rhetorical debating over what ifs, and who should do what, what a leader should be, who is a Muslim, and what an Islamic state should look like. I also call it cloud based Islam. It’s the oversimplification of American Muslim problems and problem solving with one sentence platitudes, or theoretical maybes and a host of failed experiments that have been tried in the past, many times over and over again. Because there is very little generational continuity or connection between generations of indigenous American Muslims, people run into the same brick walls years after years. Arguably we are spending more time watching, debating, and bickering about Islam than we are practicing Islam as a community, or as individuals.

Watching Others Doing What We Should be Doing

A lot have been said about American Muslim immigrants lately about how as a group they are steadily building new masaajid, setting up communities, establishing schools, and programs for their children and involved in all sorts of leadership training for their children. That is a good thing, there is nothing negative about that. American Muslim immigrants work hard for their achievements, and have been willing as a group to pay the cost. This is another reason why Black American Muslims need to come down from the clouds is because while we’re up there arguing, hair-splitting, jockeying for position, talking theories, who’s the better Muslim? Who’s the best imams? Who got the best madhhab? Who’s a mushrik? Which shaykh got the most light? Who got taqwa? Who’s on the haqq? We are a messy group. See the book “Double Edged Slavery”. The majority of the Muslim support network, and first responders when we need them on the ground, are Christians.
Drug problem? Christians. Need food? Christians. Need housing? Christians. Domestic abuse? Christians. Homeless help? It’s more likely that a Muslim will get help from a Christian organization, than a Muslim one. The same goes for family counseling, getting help with bills, transition from incarceration, or getting help with food.
Meanwhile back in the bleachers section, who’s in charge? Nobody. Everybody’s a shaykh. So where do if I’m homeless or need help with housing? Nowhere up here. I’m on drugs I need help, where do I go? Nowhere up here, go make du’aa. My family is in crisis, where can I go to get confidential help? People cannot go to an idea to get support, or to get healing or to get solutions for their problems, they need to go to something real, and on the ground.

How to come out of the bleachers and down from the clouds.

True, guidance is in the Quran and Sunna. However, verses and Hadith aren’t self propelled. Guidance doesn’t jump out of the book and self implement. No, people who believe in Allah, His Messenger (SAWS) and the last Day, must honor their contracts with Allah to take the guidance out of the texts, and put it on the ground where it belongs. And not just let it be thrown around like a frisbee or endlessly debated in the online discourse mega-stadium of social media. Thumb up thumbs down. Like Ancient Romans at the colosseum.

Except that the Colosseum is a shell. And when we talk about cooperation, working together, doing or addressing issues as a people, there are certain things which without them, we’ll stay stuck in the colosseum. Just watching.

Congregation and Having a Functional, Just, and Competent Imam: First of all, there is very little that can be done in Black Muslim and convert America as far as moving forward, addressing our problem, or implementing solutions, without congregation, leadership, and some sort of governance of the community and the affairs of the Muslims. People who have argued against this point have been proven wrong, time and time again. Congregation, leadership, and governance are all part of the Sunna of the Prophet (SAWS) and together are the foundation of civilization or in the religion of Islam. As far as leadership. Do what if you don’t like the Imam:; you might not like the bus driver but if he’s taking you in the direction you wanna go, you still pay the fare and get on the Bus.

Sticking to your contracts and covenants: As far as contract; In Islam, contract is the key that starts the engine. You don’t even become a Muslim without taking a contract (the shahaadah). Marriage, children, relationships with others, with community, with Imams, Amirs, constituents, even your neighbors are based upon contracts of the Kitaab and Sunna

Having and following a Procedural Shura (council) in Your Community: As far as Shura: Shura puts an end to the the endless back and forth and breaks you away from the chaos of mobism. It’s invested, responsible Muslims in counsel . Counsel is a function of leadership according to scripture. “And seek counsel with them in the affair, and once you’ve come to a decision, put your trust in Allah, surely Allah loves those who trust (Him)”.

Establishing allegiance, membership, or connectivity to a community of Muslims: As as far as allegiance: Allegiance (bay’at) is so important, that the Prophet صلى الله عليه و سلم said, “whoever dies and does have an oath of allegiance around his neck, then he will have died the death of Jaahiliyyah (ignorance) Allegiance is a verbal, or written commitment where you have a clear and official connection to a body of Muslims and a leadership. This is part of the religion Deen of Islam. Without an Imam thee is chaos, and without allegiance there is no commitment. Allegiance says, “yeah, I’m going to do my best to do the right thing here and I can be counted on in some capacity“. Absence of allegiance takes everything from committed to simply casual. Like, I didn’t actually say I was committed.

Localized Knowledge Base: As as far as knowledge: And as crazy as it may sound in today’s times, following knowledge is way better, solved more problems, and is way more pleasing to Allah, than following ignorance. “and if you follow their whims, after the knowledge ( of Allah) has come to you, you will have no guardian in Allah, nor an protector”. It’s like Allah is saying; if you follow their whims after I sent your knowledge, you‘re on your own buddy. Every community should have at least one local knowledgeable person that they trust and who has a real life connection to the community and the people.

One of the worst things for Muslims in America are people who think that they know more about you, your history, your country, your, people, your family and your suffering than you do, and proceed to pontificate, sometimes from abroad about what experiment they think you need to try to fix your situation. Worse than that, are those of us who give them credence. Trust who you know and who are in the trenches with you before you go around trusting complete strangers. That is the sunnah. Even our grandmothers taught us that. After a half a century of outside meddling, much of it which has proven counter-productive, we should know better.

At this point in time, Black American and convert Muslims need to come up with a better plan than just complaining about Muslim immigrants. That is not the way forward. If we’re not willing to do for ourselves, respect and obey our own religious laws, support our own Imams, scholars, front line activists who understand, and our own communities, and roll up our sleeves and stop being spectators and mere commentators and people who refuse to pay attention to our actual scriptural recommendations and stop looking for stuff to make haram, we will continue to run around in circles. You can disagree all you want, but be civil, and no personal attacks please. Grrrrr.

I’m not overly concerned about who establishes and strengthens Islam in America. I’m for anyone who is about rolling up their sleeves, being committed, and helping Islam and Muslims here in the United States where I live. I don’t care what color you are, where you were born, what is your mother tongue, which masjid you attend, or which shaykh you follow. I tend to work promoting issues that particularly affect Black American Muslims and converts because they as a group are disproportionately marginalized and without resources and I am from that group. However, bottom line, I’m a Muslim first and foremost, and I’m for Muslims and Islam. I support, whoever is doing the work, going in their pockets, has skin in the game, and willing to make sacrifices for this deen. I do not support Muslim spectators who do nothing, support nothing, commit to nothing, are a part of nothing, and offer nothing of their skills or resources in support of Islam. I also do not support cowardly Muslim men, or people who argue against scripture with no knowledge.

So that’s the short of it. Bringing the guidance down to the ground so we can use it. Support what is right. Jazaaka Allahu khairan. Imam Abu

Feel free to support this message through Cash app to $abulaith1