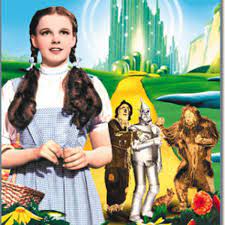 Most people, even scholars cannot tell you the difference, or even explain to you in detail the differences between Maatureediyya and Ash’ariyyah aqeeda (creed), or elucidate the details of each one. Some Ash’ari and Sunni scholars consider the Maatureediyya the people of bid’ah. (It gets messy) lol. Aqeeda wrangling is messy business period. It was always messy, and if you study Muslim history, deadly as well. In recent years, people have bombed masaajid full of worshippers, because the people praying inside were believe to have the wrong aqeeda.

In the United States, people don’t commit acts of violence over aqeeda, because it could land you in jail, and it would make you look like a depraved religious fanatic. However, that does not mean that the aqeeda wars amongst Black American Muslims has not been a roller coaster of fitna, and division, and a Yellow Brick Road leading to nowhere. If you go beyond the outward platitudes and theological blurbs that people think that they’re supposed to say to be creed compliant, it’s a can of worms. Most people, when they say that they follow so and so creed, don’t know what that creed entails, or actually follow a set of principles related to the creed, except a couple of points that has to do with anthropomorphism, because that anti- anthropomorphism is what’s trending as far as aqeeda is concerned. Oftentimes they do not even know the name of the founder of the creed that they ascribe to.

The study of aqeeda (scholastic theology) is a legitimate Islamic discipline of knowledge. However, most Muslims in the world don’t think in terms of aqeeda, they think in terms of faith. This aqeeda wrangling amongst everyday people and novices on the topic in the United States, was designed specifically for Black Americans and converts. It promotes civilizational dysfunction, and stagnation. It has no actionable conclusion or ending. You can’t say, “people who have the correct aqeeda do this or that”. People don’t say, “if we had the right aqeeda we could build a masjid or operate a school. Or, “if he had the right aqeeda, he would help the elderly woman cross the street. Muslim scholars since the second century of Islam, have always had differences surrounding aqeeda, but it was left almost exclusively in the hand of scholars.

Abu Faraj Ibn Jawzi (1116-1201 CE), who in my humble view is amongst those balanced and extremely smart scholars, and defenders of (prophetic tradition) Sunna, like Imam an-Nawawi, Jalaaluddeen as-Suyuti, and Imam al-Ghazali, voiced serious differences with Abu Ya’la (990-1066 CE), who was considered a Hanbali Mujaddid, on matters of aqeeda. There are untold numbers of aqeeda disputes amongst scholars, and betweeen governments, that are chronicled in history, some of which became deeply personal. Scholars were after all human beings. Taqī ad-Dīn Aḥmad Ibn Taymiyya (1263-1328), one of the greatest and most prolific scholars who ever lived, and who was once a judge in Baghdad, was imprisoned over what they said amounted to having deviant aqeeda. He actually died behind bars.

There are dozens opinions by scholars about who any one of them, or group of them considers to be Ahlus Sunna. Aqeeda was always left in the realm of scholars and scholarship, and occasionally, in the realm of politics. The waning, yet still present aqeeda wars amongst Black American Muslims and converts is nearly entirely orchestrated by foreign influences domestically and abroad. When people could have simply believed in what was confirmed in our scriptures (Quran and Sunna) and have been much better off. Some people argue about aqeeda and barley know 20 Suras of the Quran.

Since aqeeda is essentially philosophy and not necessarily faith (eemaan), there are hundreds of Muslim philosophers and scores of aqaa’id (aqeeda). If you count the Sufis, with hundreds of different tariqas (Sufi paths), many, with different aqeeda, there is even more types of theology to wrestle with. Ash’ariyyah and Maatureediyya are the most common because that was the official aqeeda stated and adopted by various Muslim governments and powers, that ended up staying in power. For example, the Ottomans were Maatureediyya, and Hanafi, and the Ottomans ruled a big chunk of the Muslim world for about 600 years, so their aqeeda became dominant. Still, the Ottomans didn’t impose that everyone was aware, versed and adherents of it. When Muslim governments did that, or tried, it was considered oppressive.

People have invested so much time and energy in arguing, debating, and worrying about people’s aqeeda, and touted this shaykh, or that shaykh as an aqeeda savior, and even went through three or four Islamic aqeedas in a period of less than twenty years in some cases, and each time they were certain they were on the haqq. It’s hard to admit that we’ve been chasing our own tail. It’s like Dorothy seeking out the Wizard of Oz, only to be told that what she needs is at home. What we need in deen is found in the Quran and the Sunna, All this aqeeda madness, we could have just followed the Quran and the authenticated Sunna, and been much better off.

According to the great scholar of Islam, Abu Hamid al-Ghazali, who himself was a leader of philosophy, there are ten destructive evils arising from public debates (about religion); envy, arrogance, malice, backbiting and slander, self–praise, seeking other’s faults, gloating at misfortune, hypocrisy, ostentation, rejecting the truth.[2] It ruins relationships, splits communities, breaks associations, tears away at the bonds of brotherhood, and greatly undermines the religious communal trajectory of Islam amongst Black American Muslims and converts to Islam o the United States, even when that is not the intention.

The problems, the disruptions, the splitting up of masjids, or brother and sisterhoods, the name calling, the labeling this or that person deviant, or unbeliever, the fitna of arguing over theology, multiplied by the thousands, has taken it’s toll. It’s too much for a person to admit. Part of some aqeeda is that you are right, and everyone else is wrong, So people become victims of their own after-market theology. That’s pretty self-evident. Like I said, it’s okay, if you don’t get it right away. Even better, if Allah spared you of the aqeeda wars. Why search for a Wizard of Oz when we have the Prophet of God (SAWS)?

Aqeeda wrangling amongst Black American Muslims is one of the most ill-thought out, civilizationally stagnating, and backward ideas of this age. It may had had some utility in the beginning, but has long since out-lived its usefulness here. Except to remind people to stay away from it. If the overall toll of aqeeda disputing on our ummah had not been so great, so consequential, so destructive of communities, relationships, and with it families, and so severing of trust, I would have left it alone. Unfortunately, the aqeeda wars still stands in the way for us here in the United States. I stand by my words, And Allahu ta’ala knows best. -Imam Luqman Ahmad

Imam Abu Laith Luqman Ahmad, a Philadelphia native, is a writer, an associate Imam, khateeb, at the Toledo Masjid al-Islam in Toledo, Ohio. He is a former executive committee member of the North America Imams Federation (NAIF). He is also and the author of the book, “Double Edged Slavery “, a critical and authoritative look at the condition of African American and convert Muslims in the United States, and the book: “The Devil’s Deception of the Modern Day Salafi Sect “, a look at the ideological underpinning of modern Salafist extremism. He blogs at imamluqman.wordpress.com, and can be reached at imamabulaith@yahoo.com.