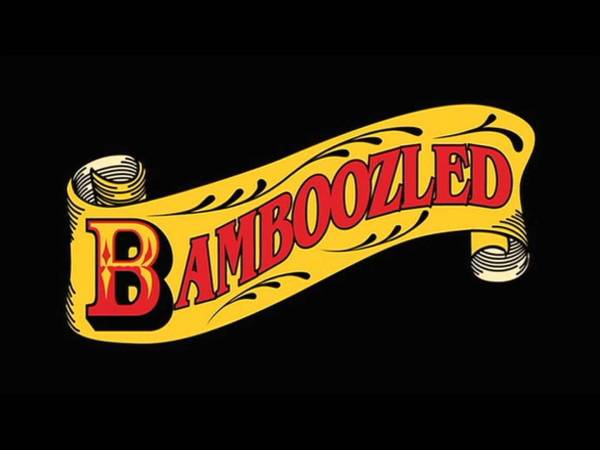 No one likes to admit that they’ve been conned. Nevertheless, there comes a time when you have to cut your losses and get out of the game which is what most victims of scams are advised to do. It seems that many American Muslim leaders have trouble recognizing a con job; even when they are conning themselves.

Just for the record; the practice of speaking on behalf of others without their permission, and without authority, is fundamentally un-American, not withstanding that it is wholly un-Islamic. When one or two Muslim organizations speak on behalf of all American Muslims about our fears, our politics, our emotions, our faith, our patriotism, or our response to this incident in San Bernardino, it undermines, and contradicts everything previously expressed about wanting to assimilate, or having already assimilated, or that we are just like other Americans, that we’re not a fifth column, or that we believe in freedom.

It says that we all think the same, feel the same, are of the same mind, in the same condition, have the same priorities, and accept the same absurdities. It also sends the message that we are disingenuous, and not to be trusted. When have you every seen or heard of a Christian or Jewish political or advocacy organizations get on national television and say they are speaking for all Christians or all Jews. Even our beloved Prophet (SAWS) allowed the Arab tribes to speak for themselves in many matters.

American Muslims are the only so-called religious demographic that allows their political and advocacy organizations to speak on behalf of their religious congregations. When these organizations bring along highly respected scholars such as Dr. Muzzamil Siddiqui and religious leaders to a press conferences as window dressing while they do all the talking, it confirms for many Americans that Islam is a political ideology more than it is a religion. It says that we are fundamentally secular with little moral fortitude.  It also s the message that we are dishonest, have no stable identity and that we practice a moral code other than what our scriptures teach. All of this is dangerous and fuels the very thing [islamophobia] that we say we trying to stamp out.

Now I’m a Muslim, I love Muslims and this is all abundantly clear to me. Imagine those who are not Muslim, or those who never had a problem with Muslims but come to a negative conclusion about us because of the way our politics have hijacked our morality. You may not agree with me but you do not have to look very far to read what many ordinary Americans say about Muslims as they bring up these very points as well as many others. The sad irony about us is that we are so arrogant, so pompous, so blinded by ego and wanting to be accepted we do not even believe anymore that we could possibly share some culpability for the anti-Muslims sentiment that plagues us so much.

We complain so much that they do not understand Islam while we make it abundantly clear that perhaps we do not understand Islam. Not even enough to know that the word Islam means submission and not peace. We think that the press is doing us a favor when they convey our message to the entire country how all Muslims Americans are now in fear, dismayed, disheartened, disappointed, that America has let us down, that we’re bracing for the backlash. When in reality what the media is doing is showing the extent of our moral immaturity.  We may be cheering, but others are seething with disdain, many are laughing, and some of us are crying.  At least if we took an Islamic approach to these matters we would have the hope of spiritual growth, and reward from Allah. Attempting to craft a pre-packaged sanitized Muslim identity through the very media that we blame for distorting our identity is like trying to beat the devil at his own game; we have nothing to show for it except disappointment. I know that certain groups of American Muslims have a lot of education and we think we’re really smart, and maybe some us are, but not that smart if we think we can play poker with Shaitaan and win.

We have our children and teenagers crying that we cannot practice our faith anymore because of all this islamophobia. People read these types of statements and conclude that Muslims are so full of themselves that they cannot see the forest for the trees. There is nothing, nothing at all that prevents any Muslim living in the United States from believing in Allah and the Last Day, from praying five times a day, from giving zakat, or from fasting during Ramadan. People practiced Islam here while they were slaves! Yet we cry anytime our ego is bruised. The sad reality is that we’ve raised a whole generation of Muslims Americans who cannot distinguish between Muslim political hype, and actual Islam. Ask your child or teenager the meaning of Islam. If they say ‘peace’, then you have deceived them already, and if we think that on the Day of Judgment, Allah will accept the excuse of Islamophobia for not praying, not giving charity, and not fasting, we have deceived ourselves. – imam Luqman Ahmad

There is nothing that is simpler, more gratifying and more useful to the servant in this life and in the hereafter, than ikhlaas lillaah (sincerity to Allah). This is the topic of this khutba recorded at Masjid Ibrahim Islamic Center in Sacramento, California. Click on the link to take a listen wal Allahul Musta’aan

There are angels all around us, doing Allah’s bidding. They are a part of an elite group of beings praise and worship Allah and are submission to Him, sub’haanahu wa ta’ala. These angels, are around us all the time, writing down our deeds, asking for forgiveness for some of us, and cursing others. Some people will be comforted by the angels upon their death, and others will be taunted and beaten. The angels are on the side of God. Whose side are you on? Click below to take a listen to the khutba; ‘Angels Amongst Us, by Imam Luqman Ahmad, recorded at Masjid Ibrahim Islamic Center, Sacramento California.  Wallahul Musta’aan. 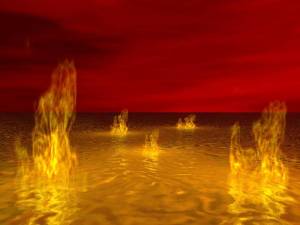 There is no person who has a guarantee that they will be safe from the hell-fire. However,.there are things that you can do in this life, which will act as a sort of hell-fire insurance, that with the promise of Allah sub’haanahu wa ta’ala, you will be saved from the eternal fire of hell. If you’re interested, take a listen  Click on the link to hear the khutbatul Jum’ah: Hell-Fire insurance.

American Muslims have perhaps the best chance to alter the narrative of rage, extremism, tribalism, and Muslim on Muslim killing that’s been going on in the Muslim world. We have among us, Muslims from all over the world, from all cultures, backgrounds, languages, and math’habi or theological leanings. We have it within our grasp to change the status quo of sectarianism, intra-religious hostility, and classism based upon race, and ethnicity. In addition to that, we have the freedom to practice our faith, the freedom to dialogue in sincerity, to freedom to employ critical discernment in addressing our problems, and we have the freedom to make important decisions about what we want our future to look like. We should do everything possible not to waste this opportunity.

I’m not saying that it will be easy; but I do believe that it is well within the realm of possibility. However, it will require that we address issues of race, racism, ethnic separation, and religious sectarianism within our own ranks. It will also require that we learn to respect each other’s differences, cultures and social norms, and not impose upon each other practices that have been added to the religion that were not from it originally. One thing that we must keep in mind is that we are a diverse community; however, that diversity is only a virtue if we navigate it correctly by coming together. American Muslims have done extremely well in adjusting to a multi-cultural society and to get along with their neighbors, co-workers and fellow citizens. We just need to transfer that success to the way we deal with each other.

The very first snapshot of the Muslim community was not only multi-racial, it was egalitarian, as characterized in the hadith of Ammar; “I saw Allah’s Apostle and there was none with him but five slaves, two women and Abu Bakr”[1] (i.e. those were the only converts to Islam then).[2] The Prophet had little regard for anyone’s race, social status, wealth, ethnicity, influence, looks, physical prowess or defects when it came to his choice of associates, and neither should we. He preferred the company of the believers whomever they happened to be, and he valued those who possessed good character.

We have to be concerned not just about the future of Islam, but the future of Islamic civilization as we know it, and have to realize just what it is that we as Muslims have to offer to the world. Muslims all over the world are dependent upon the west; for technology, for military armaments and advanced weaponry, for systems management, for advanced education and for industrial advance.  The greatest asset that Muslims have to offer the world is Islam, that is, if we decide to believe in it, practice it and apply its moral principles to the emerging world civilization. I’m not talking about Taliban, or Salafi style imperialism here. I’m talking about the greater Islamic ideal of moral fortitude, justice, egalitarianism, and human rights.

Muslims must embrace the theory of Islamic idealism based upon justice, fairness and righteousness and apply it to our emerging civilization. We must demonstrate our ability to not only get along with each other but to work together a people of faith, as partners, and not as masters versus subordinates. Moral action during the Prophet’s time (SAWS) began with social justice at home and amongst your own people; it’s an idea whose time has come. Let us begin now. .

American born Imam, Luqman Ahmad has been serving since 1996 is the Imam and Executive Director of a Northern California Mosque, [Masjid Ibrahim Islamic Center]. He is a classically trained Imam who is a graduate of Omdurman Islamic University in the Sudan and has also studied at Umm al-Qura University in Mecca Saudi Arabia. He a memeber of NAIF [North American Imam’s Federation], a founding member of COSVIO [Council of Sacramento Valley Islamic Organizations] and a prominent and active member of the Sacramento Muslim community. He can be reached @ imamabulaith@yahoo.com., or read his blog @ imamluqman.wordpress.com.